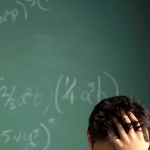 Rhonda Murphy is looking for a new high school for her son who likes to sleep late and works better in the afternoon.

She thinks she may have found the answer in the Gary Middle College, a charter that will open its doors Aug. 13 for grades 9 through 12 at the site of the 21st Century Charter School, 556 Washington St.

The school day is from 5 p.m. to 9 p.m. Monday through Thursday, with flexible scheduling on Friday and Saturday.

Murphy filled out an application for son Corey, 15, at a recent open house. She voiced dissatisfaction with his education at the Roosevelt Career and Technical Academy, where performance was so poor the state took it over last year.

“He’s not learning,” she said.

Gary Middle College is aimed at students who struggle in traditional school settings, said Principal James Joiner, who served as principal at Pierce Middle School in Merrillville from 2002 to 2005.

Gary Middle College students have the opportunity to attend Ivy Tech State College and earn up to 60 credits toward a college degree.

The school, operated by the Indianapolis-based Greater Educational Opportunities Foundation, includes the cost of Ivy Tech tuition in its budget, said Joiner. There’s no cost to students.

Joiner said enrollment will be capped at 100 students in the first year and increase in the coming years.

The school is aiming at non-traditional students because the dropout rate is about 50 percent in the Gary Community School Corp., Joiner said.

“If students don’t graduate, the impact on the community is enormous,” he said.

“Non-traditional education is needed in Gary,” said former Gary School Board member Alex Wheeler who attended the open house to learn more about the school.

Wheeler, a job search coordinator for the Calumet Township trustee’s office, said he learned that, in some cases, felons would be admitted to Gary Middle College.

Joiner said Gary Middle College hopes to break ground this year on a new school in a vacant lot at 8th Avenue and Washington Street. Until then, the school will share space with 21st Century Charter School.

Joiner said the application deadline for the school is May 25. It it receives more than 100 applications, a lottery will be held June 1.