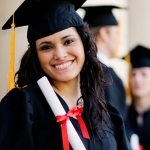 The principal of a new Gary charter school talked Thursday about what the school will offer to its students.

Gary Middle College, a public charter school, is designed for the nontraditional student who wants to earn a high school diploma. The new school is housed with sister school 21st Century Charter School, 556 Washington St., in Gary. Both are operated by Indianapolis-based GEO Foundation.

Gary Middle College will open Aug. 13 with 100 students, and operate between 5 and 9 p.m. after the school day ends at 21st Century Charter School. Flexible hours also will be offered Fridays and Saturdays. Child care will be available to students.

New Principal James Joiner hosted an open house for the community Thursday to talk about the Gary Middle College. He said the school hopes to meet the needs of students who have experienced challenges along the way to earning a high school diploma and found it difficult to fit into a traditional setting.

“Nearly 50 percent of the students in Gary do not graduate,” Joiner said. “That has an enormous impact on the individual and the community.”

Some of the classes will be offered online, and some will be in a classroom with a teacher. Joiner said the school also will offer dual credit for students through an arrangement with Ivy Tech Community College, and students will be able to earn up to 60 college credits.

Even before Joiner finished talking, Doran Smith, 33, and his fiancee, Timya Goodlow, 23, of Gary, began filling out the application to attend Gary Middle College.

Formerly of Chicago, Smith said he dropped out of high school as a senior because he was constantly in fights. He said he later went back and obtained his GED, but he said it’s not the same as a high school diploma.

“The GED doesn’t get you very far. I’d like to go on to college and get into business law,” said Smith, who currently works at A & M Convenience Mart.

The couple see the Gary Middle College as a way to change their lives.

Goodlow said she was a student at Martin Luther King Academy in Gary and dropped out as a junior because of family issues.

“This is free,” she said. “I’m not doing anything now. I have a 4-year-old and one on the way. I’d like to earn my diploma, then go to Ivy Tech and get into respiratory therapy.”