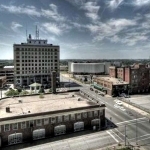 Thousands of students across the state are enrolled in 72 charter schools, including a dozen in Northwest Indiana. In addition, nearly 7,500 students have enrolled in Indiana’s voucher program, allowing families to use tax dollars to send children to private schools.

The expanded number of charter schools across the state and the creation of the Indiana voucher program — one of the broadest voucher programs in the country — is the result of legislation adopted in 2011. The program provides vouchers, or scholarships, to eligible students to attend a private school of their choice. The first year, the voucher program was capped at 7,500. This year, the program is capped at 15,000 students. Next year, an unlimited number of students can apply.

Slightly more than $4 million was returned to the funding formula for public education, Damron said.

“The philosophical opinion of the General Assembly is that the money follows the students,” he said. “For example, if a student leaves Gary and they qualify for free and reduced lunch, 90 percent of the per-pupil cost is sent to the voucher school and the remainder goes back into the funding formula for public education.”

Opponents of the Indiana voucher law filed suit to block it from taking effect. Several groups have joined the suit; the case is at the Indiana Supreme Court level.

“I don’t think it’s the only answer to improving education but it’s one of the answers,” he said. “A lot of the funding for Northwest Indiana has been reduced by the funding formula and that has been problematic. The voucher bill has been somewhat negative for us. While it expanded choice, it has meant we have lost some students because some have opted to go to voucher schools, particularly in East Chicago.”

Some concerned about equality

Merrillville Superintendent Tony Lux said the misguided idea of using tax dollars to fund private schools will lead to the segregation of talented and motivated students.

“Certain suburban private schools will continue to be highly selective of only the most promising and proven students of poverty,” he said. “In urban areas, where tuition funds are limited, they may have no choice but to accept a greater range of abilities, but make no mistake, that any uncooperative students will be quickly dismissed.”

Lux said the most recent legislative and IDOE efforts have not interfered with his district’s continued improvement in student achievement.

“There is not enough data yet regarding any effects due to private-school vouchers,” he said. “Student withdrawal to attend charter schools has not been significant. As a general rule, we see more students returning from charter/voucher schools than leaving the (Merrillville) school corporation.”

Gary Middle College will be one of the newest charter schools to open in the city. Operated by GEO Foundation, it will be housed in the same building as its sister school, 21st Century Charter School, using the building at night.

Principal James Joiner said Gary Middle College is geared to students who have dropped out of school and want to return and earn a high school diploma. He said 160 students, mostly between ages 16 and 21 have enrolled. Overall, the students range from ages 14 to 58. Those students will attend classes from 5 p.m. to 9 p.m. Monday through Thursday and 8 a.m. to noon on Saturdays. Classes start there Aug. 27.

St. Mary Catholic Community School in Crown Point has more than 30 new students this year as a result of the voucher program, Principal Thomas Ruiz said.

“Last year, we had more than 20 new students and they were some of our best students,” he said.

Last year, Ambassador Academy, a Christian school in Gary, led the state with the greatest number of vouchers in the state at 110, which generated more than $471,000 for the school. St. Stanislaus School in East Chicago was the next highest in the region with 80 vouchers.