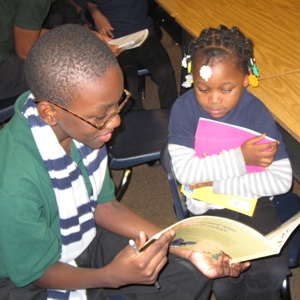 State schools superintendent Tony Bennett was right to celebrate the achievements of the past three years of his administration during his recent State of Education address. He made it clear that all Indiana schools are now a “school of choice” and that access to most any school is now an option for all Hoosiers.

Creating this system of school choice took years and great thought. Keeping this system for future generations will take just as much care, thought and leadership.

Now that Indiana has many school choices, the conversation is shifting to accountability. Again, Bennett is leading the way for accountability and business leaders, and others interested in education reform should take note.

Much to the chagrin of Bennett naysayers, Bennett isn’t a “shoot from the hip” guy. Look at how he approached accountability during the state takeover process.

Under his leadership, the state completed numerous public hearings and Bennett and his staff visited with school leaders and superintendents, conducted full site visits, and reviewed lots of data. The final decision to hire new consultants and companies to run the schools was truly a “last resort” for Bennett. He had no other choice.

But state takeover isn’t the only option Bennett considers. He recently agreed with Indianapolis Public Schools Superintendent Eugene White’s plan to improve John Marshall Community School. But he did so by setting specific goals to avoid a takeover next year. And, the state has already lined up a takeover company should IPS fail to reach the stated goals. Again, this is a model for accountability. Everyone knows what will happen if goals are met or not.

With other types of schools now in the mix—charter and voucher-redeeming schools—and other “superintendents” with similar power to Bennett’s, it’s important to the health of the school choice movement that we all learn from Bennett’s leadership.

Charter and voucher-redeeming schools, and their support network, need predictability in decision making and transparency, too. These schools take on a great deal of risk just to start up, open and expand. They convince teachers to teach, parents to choose them for their students, banks to lend funds, and vendors to do business with them. Clearly, they take on more risk than a traditional school. This is why Bennett’s transparent, detail-oriented and community-involved approach to accountability is appreciated.

Should a publicly funded school underperform, leaders in charge should do what they can to provide leaders of the challenged school the opportunity to share their plan to improve. The public should be allowed to share their views. A specific amount of time should be set for improvements to take place and goals to be met.

This is what Bennett has done for traditional schools; the same should be afforded to charter and voucher-redeeming schools.

By being transparent every step of the way, leaders will strengthen and grow the public’s involvement in creating new publicly funded schools. All stakeholders—educators, parents, philanthropists, banks, and leaders in all sectors interested in seeing and supporting improvements in Indiana’s public education system—deserve to understand decisions that lead to opening and/or closing a school.

The transparency and due diligence provided by Bennett’s process serves to strengthen the school choice movement. Bennett has built the model for all to follow.

By Kevin Teasley, published by the Indianapolis Business Journal