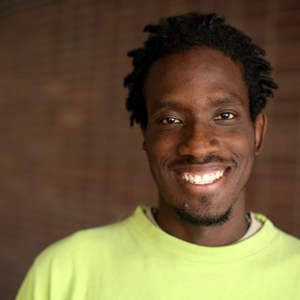 The first time Manuel Finch got into serious trouble he spent two nights in jail after two of his friends broke into a house in Gary, and he followed them inside.

Finch, 24, was about 18 then. He said he was really just along for the ride. “It was four of us,” Finch said. “It was about midnight. Two guys we knew asked my friend and I what we were doing. We said nothing. They told us to come with them. Before we knew it, they were breaking into this house.”

The group of teens was caught. He said he spent a couple of nights in jail but wasn’t charged with anything.

A junior at Gary Roosevelt High School then, Even before the break-in Finch was suspended many times for things like skipping school, disrespecting teachers and walking out of class, he said. He earned Cs and Ds mostly. But he didn’t make it to 12th grade.

Finch said he and his three brothers, older sister, mother and stepfather moved around a lot while growing up. He said he went to several elementary schools. He said the family moved to Indianapolis, staying for a year and a half before returning to Gary.

When his stepfather died in 2007, he really felt the loss. Finch said his stepfather was a greater influence in his life than his biological father, who is now in prison. Another setback came a year later, when a sick uncle he and his mother had been helping died. Finch had lost the second male figure in his life.

Finch said he moved to Milwaukee for a while, where he stayed with his paternal grandmother and enrolled in school, repeating his junior year. He didn’t finish and returned to Gary after eight months when the home situation there became unbearable, something he doesn’t want to talk about.

Finch didn’t go back to school when he returned to Gary, and he didn’t get a job. Instead, he began using marijuana and selling drugs. That was about 2010. He said he’s been shot at several times but never injured. Eventually, his lifestyle caught up with him: He spent three and a half months at the Lake County Jail for dealing drugs.

“I went back to selling drugs when I got out,” he said. “It was money in my pocket. What made me stop was my son’s mother.”

For Finch, that unplanned pregnancy turned his life around.

“I stopped selling drugs for the second time,” he said. “She made me stop. I didn’t want to be dead and not see my child. When she got pregnant, I began doing odd jobs, stuff like cutting grass and cleaning gutters. I was staying with my sister.”

Finch said his son Gabriel was born in September 2012. Today, Finch is a student at Gary Middle College, a charter school geared to helping people earn a high school diploma. The school, operated by the Indianapolis-based GEO Foundation, also helps students earn college credit and connects them to community agencies to assist them.

“I don’t want my son to go through what I went through,” he said.

“Coming here was not my idea,” Finch said while sitting in an office at Gary Middle College on Washington Street.

“I have to give that credit to my son’s mother, and her mother. Her mother had a folder about it and she encouraged both of us to go. My son’s mother wasn’t able to come because of babysitting issues, but I started when they opened last year,” he said.

Finch is eight credits away from earning his diploma.

Pivarnik said he has a lot of respect for Finch and everything he has done so far to turn his life around.

“Last year, there was a period when he was acting out. He came in and we had a conversation, he, I and the social worker. He has a little boy, and he’s working hard to better himself for that little boy. We offered to get him some extra help,” Pivarnik said.

Despite barriers, some try to change

Finch has dreams. He likes to draw. He enjoys cooking. He sees himself as an entrepreneur. He wants to go to college and open his own business one day.

But Finch said he also has anger.

“Some of my anger is directed to my biological father,” he said. “I’ve only seen him a few times in my life. The last time I saw him, I was about 3. I’ve been told I have brothers and sisters on his side of the family. I don’t know.”

Finch said he does what he can for his son, and his sister helps out sometimes. But he doesn’t have a job or a car. He said he doesn’t see his son as often as he’d like.

“There’s a communication problem. It’s my fault,” he said.

“I feel like I’m turning my life around. I want to be better for him,” Finch said. “If I had any regrets, it’s going into those people’s house.”

Pivarnik said he sees people begin to turn their life around when they realize they need an education.

“There are a lot of barriers — financial, transportation, children, peer pressure,” he said. “I am convinced they can do it and be successful. Our graduates have gone on to college and to the military. We’re still a young organization at Gary Middle College. This type of school has been the missing link. Once people realize what we offer here, we won’t have a building large enough to hold them.”

Hammond Police Chief Brian Miller said the riskiest age for young men is between 16 and 25.

“If they don’t stop by the time they’re 25, they can become career criminals,” Miller said. “We don’t see the ones who get out of it, because we don’t have any contact with them anymore. They don’t call back and say I’m having a good life now.”

Mary Ann Fischer, associate professor and chairman of the Department of Psychology at Indiana University Northwest in Gary, said adolescents who get involved in criminal activities need the support of their entire families to change.

“Interventions that are successful are very intensive,” Fischer said.

“It means keeping the child in his environment, and working with the child’s parents, teachers, family and church. It’s important to look for a positive force in the child’s life and capitalize on things the child may be interested in, like basketball. Boot camps don’t work. Juvenile detention centers don’t work. None of those programs have a record of effectiveness.”