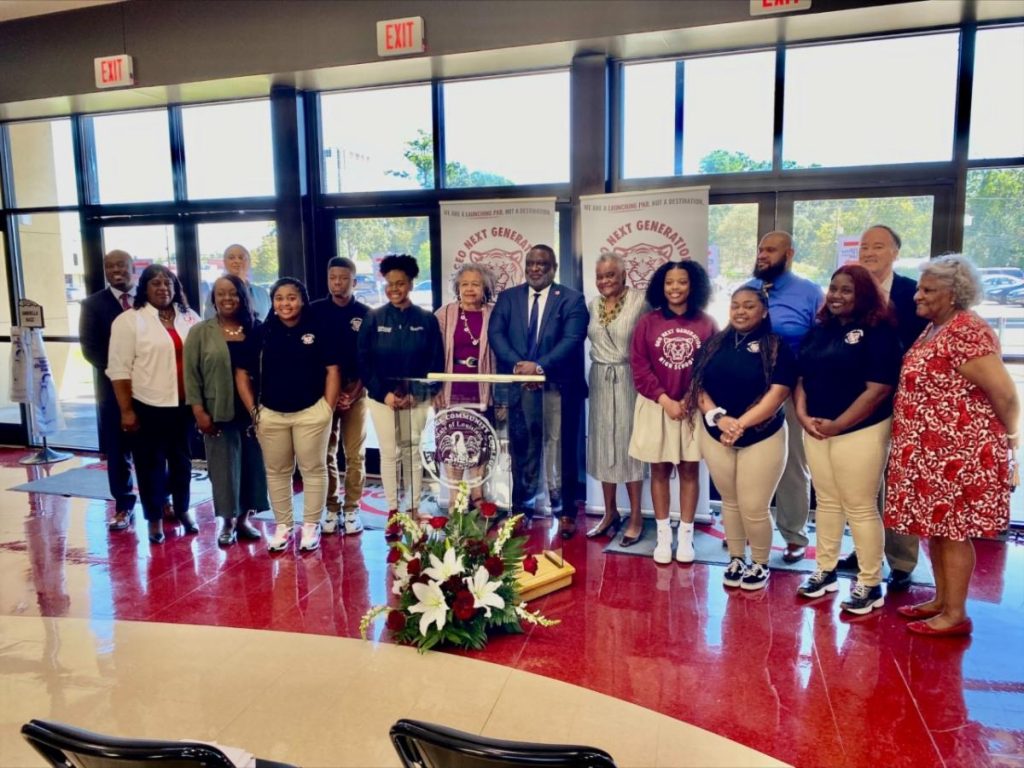 Louisiana released school performance scores this morning to the public and yes, we are excited!

Here is a summary.

GEO Prep, which started in 2015 with 150 students on the Northeast side of Baton Rouge in one of the roughest areas of town (high poverty/high crime/low education attainment), received a letter grade of a “C” for performance and an “A” for progress. It also received “top gains” status by the state this year.

GEO Prep Mid City is also located in one of the city’s toughest neighborhoods. How rough? Well, one of our teachers had their catalytic converter stolen from their car in broad daylight last month. Pretty crazy!

We launched GEO Prep Mid City in 2018. The state asked us to take it over because it had received an “F” for three years in a row and enrollment was declining. Today, we’ve nearly doubled enrollment and this year, we earned a grade of “C” for performance and an “A” for progress.

GEO Next Generation High School is our newest school. We are in our fourth year of operation and expect to have our first graduating class in May of 2023. /As such, it is important to note Next Gen does not get points for graduation rates, nor for our college course completions/credits earned, etc. Not yet. So, with that in mind, the school received a “D” (improved from an F last year) and a “C” for progress.  Once we have a graduating class and the state can count the number of college credits/degrees being earned by our graduates while in high school, we should be a high “B” or even better. Nearly 40% of our current high school students are earning college credits and degrees right now with 30% earning a full year of college and another 10% of our inaugural graduating class scheduled to earn full associate degrees.

But there is more:

Only one K-8 charter did better than GEO Prep and GEO Mid City in Baton Rouge. Wow! And they are not even comparable to either GEO Prep or Mid City as their demographics are completely different.

Overall, it looks like GEO Prep came in 23rd best out of more than 80 schools in Baton Rouge in terms of school performance score and GEO Prep Mid City came in 27th. Most schools ahead of GEO schools are selective magnet schools. We are open enrollment and yes, we provide transportation. Just awesome!

And when it comes to actual improvement year over year, GEO Prep improved by 11.2 points and GEO Prep Mid City improved by 6.9 points. GEO Next Generation High School improved by 12 points. This improvement puts them in the top 13 most improved schools in Baton Rouge.

But, how do we look compared to the state?

But there is more!

The improvement this year at both GEO Mid City and GEO Prep puts both schools above their pre-pandemic scores.

We are very proud of our Baton Rouge schools, staff, students and families.

Join us! Help us support academic excellence in Baton Rouge. You will be glad you did!

P.S. Click on this link to see a recent video produced by Baton Rouge Community College when we announced our partnership to locate on their campus this year. You will love this video! Chancellor Dr. Willie E. Smith is fantastic!

PrevPreviousBecome a GEO Ambassador, We Need You More Than Ever
NextGEO Breaks Generational Poverty Through High Octane College and Career Experiences For High School StudentsNext